Edge Computing – The New Frontier of IoT and 5G Applications 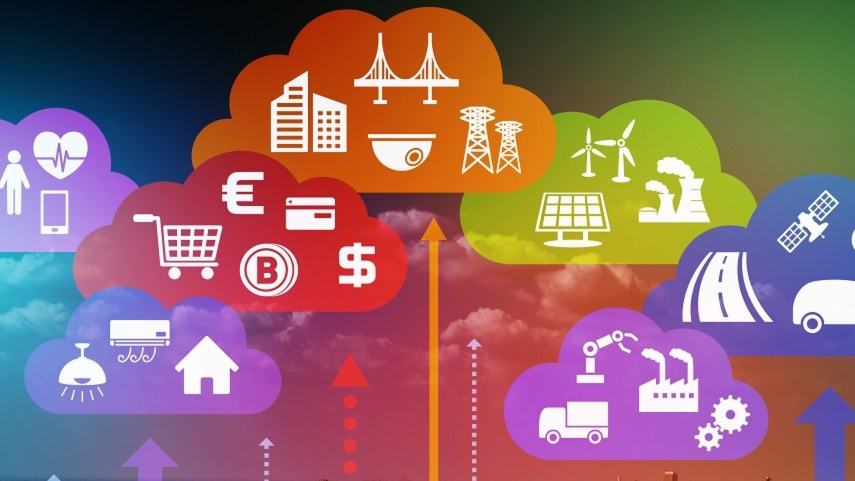 The term “edge computing” has emerged as the fundamental concepts for the future network infrastructure of 5G and IoT. Indeed, edge computing plays an integral role by performing the computing and data processing at the network, where the data is generated. Thus, performance is optimized while latency is minimized. While cloud computing is considered a centralized architecture, edge computing functions as a distributed approach, where data processing and analytics are localized.

In an edge computing infrastructures, gateway servers are deployed near the sites of applications where tremendous volume may be generated on a daily basis. Today, edge computing is applied in various scenarios and this article is going to discuss these scenarios.

The widespread roll-out of smart grids is considered a fundamental change of the energy distribution and electric power utility service to replace the conventional infrastructure for enhanced efficiency and green environment. A smart grid is composed of smart meters, intelligent appliances and renewable energy resources. By design, a smart grid promises several benefits for both suppliers and consumers including flexibility, energy-efficiency, load-balancing, sustainability and market-enabling.

One of the most apparent benefits of smart grids is that it enables systematic communication between suppliers and consumers through the implementations of smart meters, which generates two-way data flows of electricity consumption. Thus, both sides can monitor and manage the consumption. In a large scale deployment of smart grid, tremendous volume of data is generated and it takes great amount of time to process and analyze the data in a cloud computing architecture.

This is where edge computing comes in. Edge computing enables the computing, analytics, and storage of the data generated by the smart grids within proximity. Without sending the data to the central cloud for computing, the edge gateway servers can reduce latency and improve the efficiency of demand-and-response. In short, the computing is handled locally between the grid’s network and edge node.

The IoT phenomenon has triggered the paradigm shift also in the critical infrastructure sector. Most of the modernized infrastructures employ humidity, temperature, and pressure meters that are interconnected to the cloud. These meters allow remote monitoring of the environmental status of the critical assets.

In recent years, many owners even deploy a substantial amount of IP cameras to monitor their assets, and the recorded footages will be stored in the cloud as well.

However, connected devices and IP cameras in critical infrastructures generate massive amount of data. When the large amount of generated data is sent to the cloud for analysis and storage at the same time, some glitch moments occur because the bandwidth is jammed, and thus the latency is extended as well.

Therefore, edge gateway servers are deployed at some critical infrastructures to work connectedly to the SCADA system. The edge servers offer the computing and storage solutions to process the data generated from the devices in the infrastructure, and since the edge servers are in proximity, the latency is minimized and the bandwidth problems are resolved. This will enhance the real-time remote monitoring between headquarter and field offices.

Pyeongchang Olympics was the pioneer 5G deployment for video orchestration and it was based on edge computing and MEC technologies. For intensive real-time delivery of live and on-demand content, edge computing is a more ideal model than cloud model as it reduces the application latency through end-to-end orchestration.

For instance, in a major sport event or concert, live camera signals can be locally processed by edge gateway servers and the data can be converted into playable videos for audience in real-time, also by gateway servers. Imagine how much time and latency may cost if it was in a cloud computing architecture. If all the signals have to travel to the central cloud for processing, then the delivery of video from cloud will also take a considerable amount of time to go through the traffic, which causes latency and hinder the audience enjoyment.

In MEC (Mult-access Edge Computing) architecture, which can be considered as the advanced model of edge computing, videos can be broadcasted to audiences with minimal delays because the encoding and the decoding are all processed at the edge. In a network edge environment, traffic issue is also much lower than the cloud computing model.

Traffic management is one of the most discussed challenges for smart city. Many major cities around the globe have employed smart devices and sensors to monitor the traffic status in a 24/7 manner. Thus, the objective of these cities is to establish smart transportation, which promises a safer, greener and more time-efficient traffic.

However, the smart devices and sensors in traffic monitoring are highly data-intensive, producing gazillions of recorded files, but only few of them will be retained for reference. On the other hand, all the redundant data would cause bandwidth jam and traffic latency when it is transferred to the cloud for storage. Thus, the response time is quite glitch.

Therefore, smart transportation is better with edge computing architecture. By implementing edge gateway servers, all the redundant data can be processed or stored locally. This will greatly reduce the time and cost for the cloud network and storage. When all the sensor and device data is processed at the edge, the response time is swift for management’s reference because the latency due to network traffic is eliminated.

Autonomous vehicles and self-driving cars have received tremendous spotlights in recent years. A typical design of driverless vehicle is integrated with multiple subsystems, including weather sensor, road condition radar, GPS navigation system, collision detector, vehicle status meters, and many others that may not be used in a car that people drive. There are many more technological devices to enable autonomous driving without human intervention.

When autonomous vehicles become available to individuals, let’s say, by 2025, the amount of data will reach approximately 10 exabytes per month, according to official figures from global leading carmaker. However, cloud is not designed to handle massive amount of data in a short response. In fact, most of the data generated from vehicles are considered as local and edge.

Distributed computing or edge computing serves better in this purpose. Since autonomous vehicles require real-time data process in order to run safety and smoothly, edge gateway servers can run AI (artificial intelligence) applications for self-driving vehicles to handle huge amount of data at the lowest possible latency. Indeed, autonomous vehicle is one of the spotlight-taking applications to show how edge computing can optimize the performance.