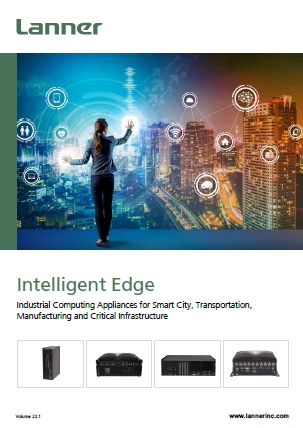 Medical applications are particularly time-critical since every minute matters. Therefore, healthcare institutes around the world have proposed and deployed the operating model of “connected ambulance”. The concept behind “connected ambulance” indicates an integration of networking, compute and graphical technologies to be installed in ambulance. These technologies will enable the ambulance with real time connectivity, data processing and video communications. In other words, the “connected ambulance” will function as a hub between patients and hospital, and preliminary diagnose can be performed to shorten the treatment procedure once the patient arrives the destination hospital. In fact, it is predicted that streaming of data and video will be one of the primary purposes of a connected ambulance.

With advancements in technology, the role of school buses has become more and more comprehensive, from merely transporting children to security incorporated vehicles. In fact, location-based tracking, attendance assurance and real-time video surveillance of both interior and exterior of the vehicle are among the most discussed requirements for school bus safety, due to risks regarding behavioral concerns of drivers and students while in transit. With the safety concerns in mind, educational organizations are adopting security technologies in their school buses to provide visibility of drivers and children, as well as the GPS/RFID tracking system to keep track of bus/student footprints.

Cash-In-Transit vehicles are the critical fleets for financial institutions, as they transport valuable assets like cash, jewelries and other valuable assets. Therefore, it is a mandatory procedure to reduce the risks of robbery, theft and unidentified personnel, while securing the vehicle and the assets in it. In fact, it is believed that a 4G/LTE-based networked surveillance is currently the most optimal and real-time solution for the security of cash-in-transit.

Today’s transportation service operators are facing challenges to improve safety, mobility efficiency and infotainment in order to strengthen passenger retentions. Among these, mobile Internet access has been the most demanded. In fact, onboard Wi-Fi has been implemented by some commercial airlines on their aircrafts. Therefore, service providers have to consider the future impact on the traffic growth over Wi-Fi connections.

The traffic on the streets have become more and more congested, which often cause delays for transit vehicles, especially buses. Thus, local governments are seeking cost-effective ways to improve the situation. In recent years, the technological concepts of V2I (Vehicle-to-Infrastructure) and TSP (Transit Signal Priority) have received increased attention as the reliable and cost-efficient way to free up the street congestion and make the traffic more energy efficient at the same time.

Reliable and agile intercommunication plays a crucial role in today’s military missions. In other words, communications across the command network coverage, from the commander to the frontline, must be prompt and stable. Therefore, military forces are adopting gateway systems inside combat and tactical vehicles to improve communication efficiencies in the fields.

Mobile video surveillance is forecasted to grow with continuous momentum, triggered by the rising demands for public security and safety. In fact, this technology has been widely adopted by both public and private sectors to protect them from crime. Apparently, the surveillance market has shifted from cable-based CCTV structures to go wireless by adopting network technology. For instance, Tokyo Metro Co. will install IP surveillance cameras in over 3,000 subway vehicles, starting in 2018 or 2019, as an initiative to improve passenger safety for the 2020 Tokyo Olympics and Paralympics. TOEI Transportation, the authority of transportation in Tokyo, has launched plans to install surveillance cameras in the ceiling of each subway vehicle to collect video footage for evidence use.